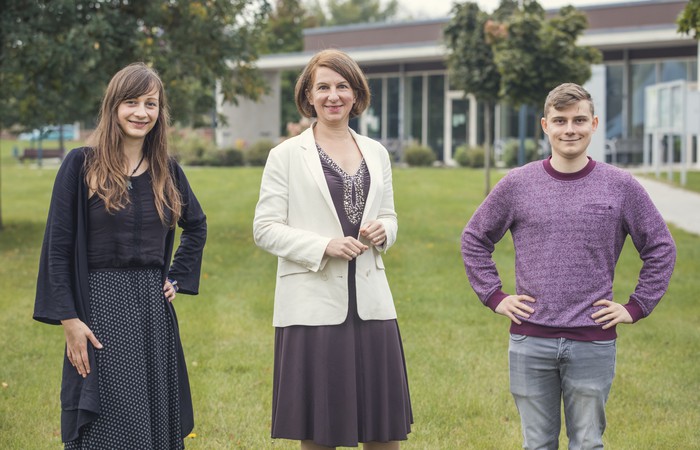 Magdeburg-Stendal University of Applied Sciences was the first university to sign the Global Climate Letter.

Rector Prof. Dr. Anne Lequy has thus taken an important symbolic step on behalf of the University Senate. The university recognises that the world is in a climate crisis and that immediate action, also on the part of the university, is required.

The Global Climate Letter is an initiative to achieve a climate-neutral Earth and officially enables participation in the global Race to Zero. In May 2021, the University Senate had adopted a comprehensive declaration comprising 16 goals. At the top of the list was the signing of the declaration. Magdeburg-Stendal University of Applied Sciences is now one of the first five universities in Germany to sign the document, along with four other universities.

No later than one year after signing the Global Climate Letter, the university will be assessed to see if it is qualified enough to participate in the Race to Zero. Participants must meet several minimum criteria. These include the university achieving greenhouse gas neutrality by 2050 at the latest and a 50% reduction by 2030. With the climate goals already adopted, the university has set itself the goal of becoming climate-neutral in the areas of energy and mobility by 2030.

For Rector Anne Lequy, the Senate's resolution, the signing of the agreement and the hiring of a climate manager are consequences of the climate crisis and the university's profile: "Universities are particularly challenged in questions of climate protection, because science must work on solutions to problems. After all, the future is our business." But the university is also setting a good example in practice on campus and is relying not only on the many active university members and their ideas, but also "on many curious and energetic prospective students."

Of the 16 climate goals in the Senate's resolution, two more have already been implemented or launched, in addition to the signing of the Global Climate Letter: The university's Climate Advisory Board has started work and Climate Protection Manager Julia Zigann has been working on an integrated climate protection concept since June.

The Senate's decision fits in with the university's existing orientation. Some degree programmes have long shaped the profile of the university, for whose employees and students issues of ecology and sustainability are particularly important. Water management, recycling and waste disposal management, engineering ecology (Master's degree) and, still new, sustainable business management are among them. Research projects deal, for example, with energy-efficient construction, self-sufficient energy supply systems, electromobility or plastics in the oceans.